The Museum of Chuvash Embroidery was opened on June 23, 2015 in the center of Cheboksary in an old two-story building – a monument of history and culture. The construction of the building began in 1913. However, the First World War of 1914 prevented completion and construction was completed in 1915 by Austrian prisoners of war. Initially, it was used as a hospital for the soldiers of the Tsarist Army. At the beginning of the 20th century, various institutions were located in this house. The building is known for the fact that here in 1930 the first higher educational institution was opened – the Chuvash State Pedagogical Institute. Before the museum opening, the House of Folk Art was located here.

The first hall of the exposition of the Museum of Chuvash Embroidery acquaints visitors with the history of Chuvash folk embroidery from the 18th century and its further professional development in the 20th century.

The most valuable and ancient exhibits are: women’s shirt of the 18th century with three pairs of kĕskĕ chest patterns, a bride’s veil and groom’s shawls embroidered with double-sided seams. In their composition of patterns, floral, geometric and zoomorphic ornaments are most often found. The patterns of Chuvash embroidery embody deep content, understanding of the world and ancient philosophy of ancestors.

The exposition begins with a story about the Bulgarian-Chuvash parallels in the ornament. In the middle of the XX century Chuvash scientists, including P.V. Denisov, and the Bulgarian ethnologist I. Koev (Stoyanov) came to a common opinion and proved that the breast patterns of both Chuvash and Bulgarian women were embroidered in pairs, using the same technique (oblique stitches).

In Chuvash ethnography and art criticism, there are different interpretations of reading patterns. This theme is reflected in the stands that tell about runic signs in embroidery and jewelry, about ancient Chinese pictograms preserved on the oldest wedding shirt of the 18th century, as well as in materials that tell about the parallels of Chuvash patterns with ceramic ornaments of ancient farmers of the southern regions of Central Asia.

Alexey Alexandrovich Trofimov is the first doctor of art history in the Chuvash Republic, the author of 18 monographs and more than 200 scientific articles. He made a significant contribution to the establishment of the foundations of the Chuvash art criticism. He was engaged in the study of the Chuvash ornament and embroidery, traditional forms and types of folk applied art from ancient times to the present. His Ph.D. thesis was devoted to the Chuvash folk ornament. 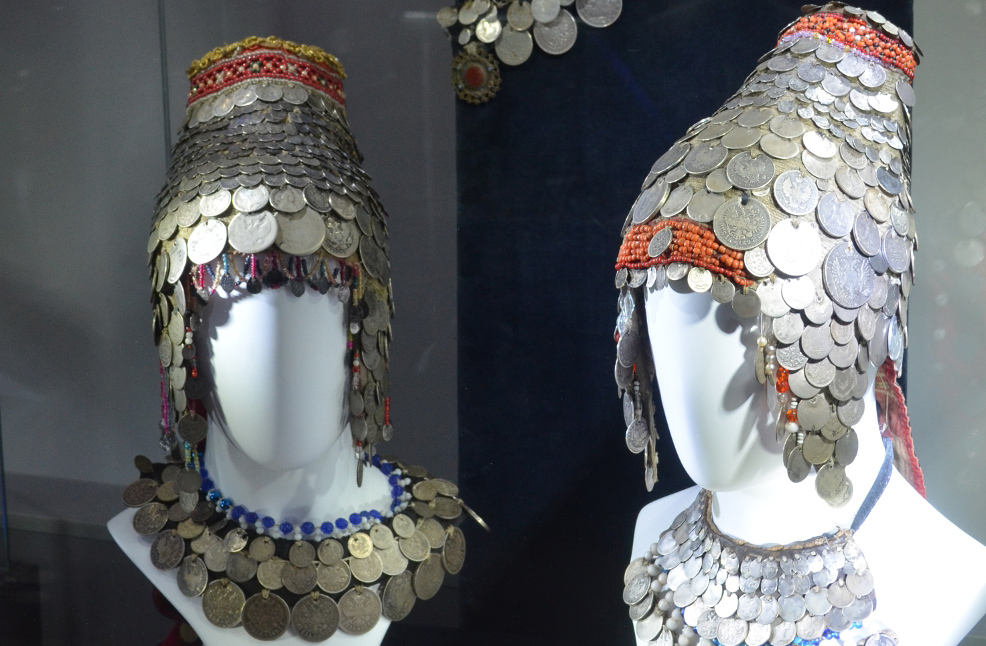 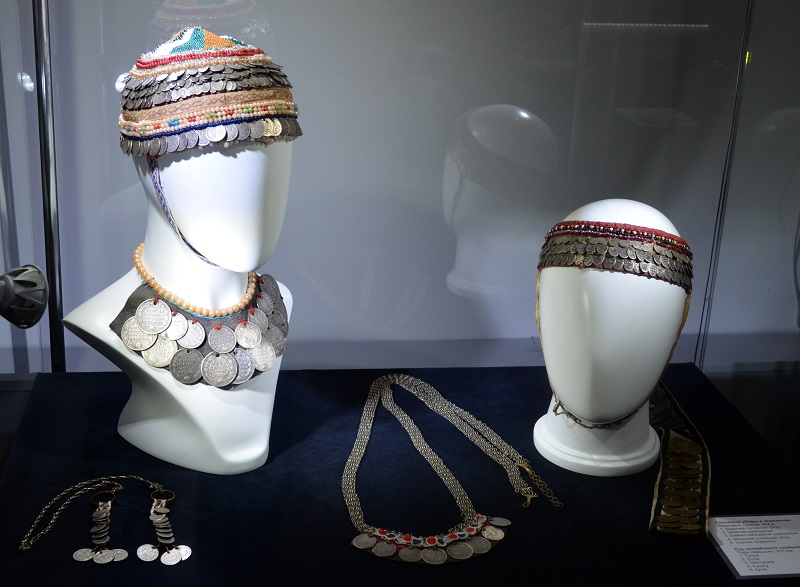 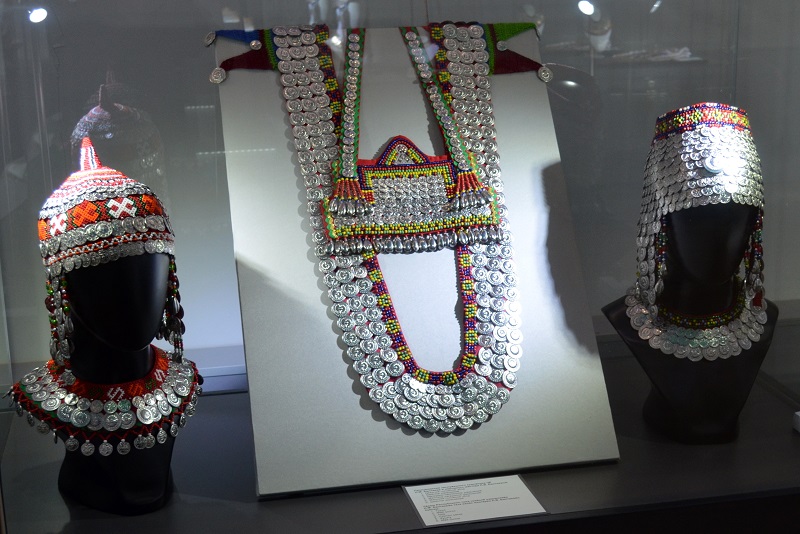 Moisey Spiridonovich Spiridonov is considered as the founder of the Chuvash fine arts in Chuvashia. He also left a bright mark in the museum work of the republic, stood at the origins of the creation of the Chuvash Central Museum. For 50 years he collected Chuvash patterns, sketched and prepared a colorful album «Chuvash Ornament». However, during his lifetime he did not have time to publish it. The book was prepared by art historian A.A. Trofimov for 100th anniversary of M.S. Spiridonov.

The most valuable exhibit is the embroidered map of the Chuvash Autonomous Soviet Socialist Republic, made for participation in the All-Russian Agricultural Exhibition of 1939 by workers of the factory «Pakha tĕrĕ», located in Algeshevo. Its dimensions are impressive: 276.5 x 245.5 cm. The map was embroidered by 11 craftswomen (A.A. Andreeva, A.V. Vasilyeva, A.S. Ivanova, G.G. Gordeeva, M.Z. Zakharova, A. K. Kuzmina, M. M. Moiseeva, A. S. Stepanova, An. S. Stepanova, A. F. Filippova, L. G. Yakovleva). The orange border along the perimeter was made according to the sketches of the young artist E.I. Efremova.

The museum exhibits material that tells about the creative activity of the People’s Artist of the Chuvash ASSR Ekaterina Iosifovna Efremova and the Pakha Tĕrĕ factory. E.I. Efremova devoted her whole life to Chuvash embroidery. Bit by bit collecting traditional patterns and seams, and adapting to the present, she raised embroidery to a new professional level. During the Soviet period, Chuvash embroidery was presented in more than 100 countries.

The Museum of Chuvash Embroidery has a small hall «Creative Workshop», where various classes are held. Master classes are held there with children of preschool educational institutions, secondary schools of the city of Cheboksary and the Chuvash Republic.